The French South African Institute of Technology (F’SATI) was established at CPUT in 2008, and after more than a decade of success, continues to reach new frontiers.

CPUT’s Satellite Programme, which is hosted by F’SATI, is located on the Bellville campus, and has become a leader in the field of space technology. F’SATI is aninstitute for teaching, research and development which works to contribute towards the creation of knowledge and transfer of technology between South Africa and France.

Scores of postgraduate students have graduated from the CPUT Satellite Programme over the years. The F’SATI node at CPUT was the second one in South Africa, the first being established at the Tshwane University of Technology in Pretoria. F’SATI has been leading the way in terms of developing the human skills capacity in satellite engineering for the country and the rest of the continent.

In 2013, F’SATI at CPUT made history when it launched Africa’s first nano-satellite, TshepisoSAT (ZACUBE-1) from Yasny Launch Base in Russia. This proud moment was followed by a cascade of developments spearheaded by F’SATI. This included the development and marketing internationally of advanced CubeSat radio systems.

The Institute reached new heights in 2018 when ZACube-2 was successfully launched on 27 December 2018. This triple unit CubeSat was three times the size of its predecessor, TshepisoSat.

Following the launch, Mmamoloko Kubayi-Ngubane, the then Minister of Science and Technology congratulated the team and said the launch of ZACube-2 was a significant milestone in the nation’s ambition to becoming a key player in the innovative utilisation of space science and technology in responding to government priority areas.

CPUT is now preparing for the launch of the first South African constellation of three satellites for Maritime Domain Awareness (MDA), scheduled for this summer.

Below are some of the successful missions CPUT has embarked on

On 21 November 2013, the CPUT) reached a milestone when the Faculty of Engineering and the Built Environment launched South Africa’s first CubeSat, a form of nanosatellite, ZACUBE-1.

The ZACUBE-1, which was named Tshepiso, was measured at 10x10x10cm and weigh up to 1.2kg, this CubeSat was roughly 100 times smaller than Sputnik, the first satellite launched into space in 1957. The CubeSats are the tiniest sort of satellites existing on the marketplace and were originally created in 1999 by California Polytechnic State University and Stanford University in the United States of America to assist universities globally to implement space science and adventure.

The CubeSat was conceived and constructed by postgraduate students. This was part of the CubeSat Programme at the French South African Institute of Technology (F’SATI) in collaboration with the South African National Space Agency (SANSA). The CubeSat was transmitted from Yasny Launch Base in Russia and placed in orbit at an altitude of 600km. Operating on the identical quantity of capacity as a 5-Watt bulb, ZACUBE-1 orbited earth up to 15 times a day and its main mission was to collect data on space weather for SANSA.

F’SATI lead the improvement of the individual skills aptitude in satellite advancement for South Africa and the whole of the Africa. The programme was supported and funded by the Department of Science and Technology. The depth of the CubeSat Programme was its operation of CubeSats as technology daises for viable, practical education and applied research.

The ZACube-2 mission objectives included:ZACube-2 was launched on 27 December 2018 from the Soyuz-2.1, a carrier rocket, carrying nanosatellites from South Africa, the United States of America, Spain and Germany from Vostochny Cosmodrome at Baikonur East in Serbia.

The The ZACube-2 made use of the CubeSat form factor and contained a mix of internal established and commercial-of-the-self parts. Some parts were sourced from Clyde Space and Innovative Solutions in Space. When it was launched, ZACube-2 was South Africa’s supreme cutting-edge CubeSat. The UHF/VHF transceiver jointly with the S-band transmitter used on ZACube-2 was developed and built in-house at F’SATI/CPUT. 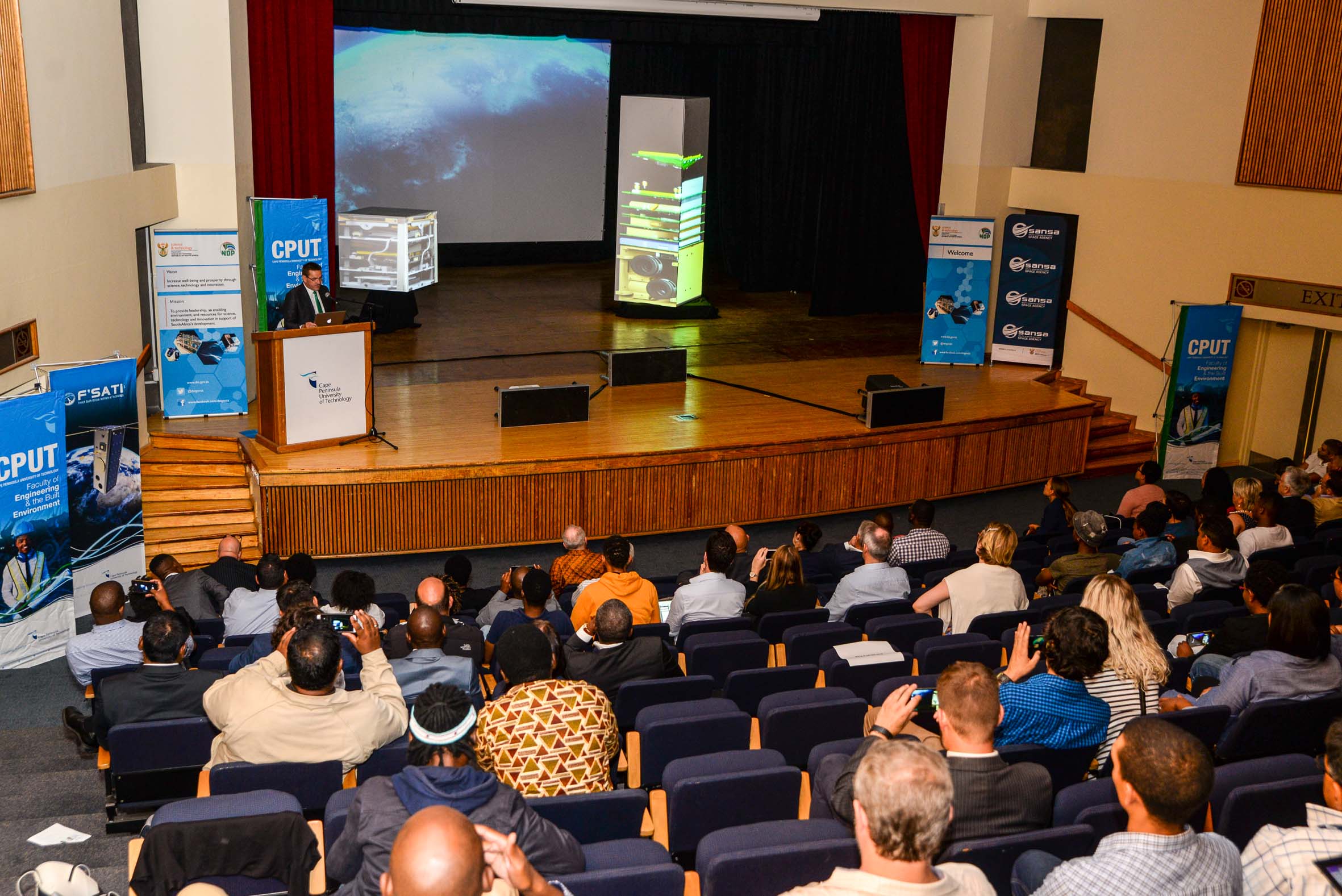 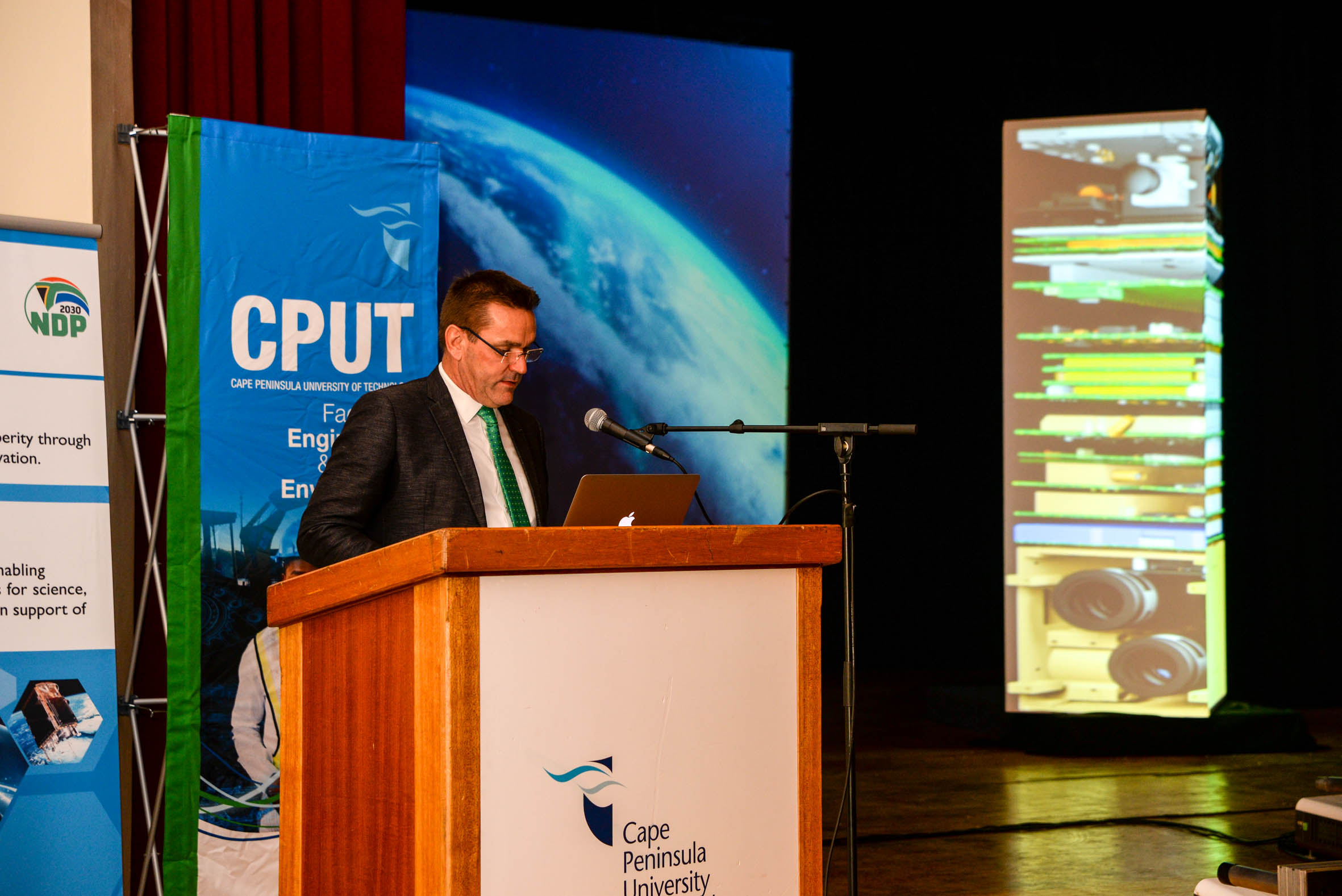 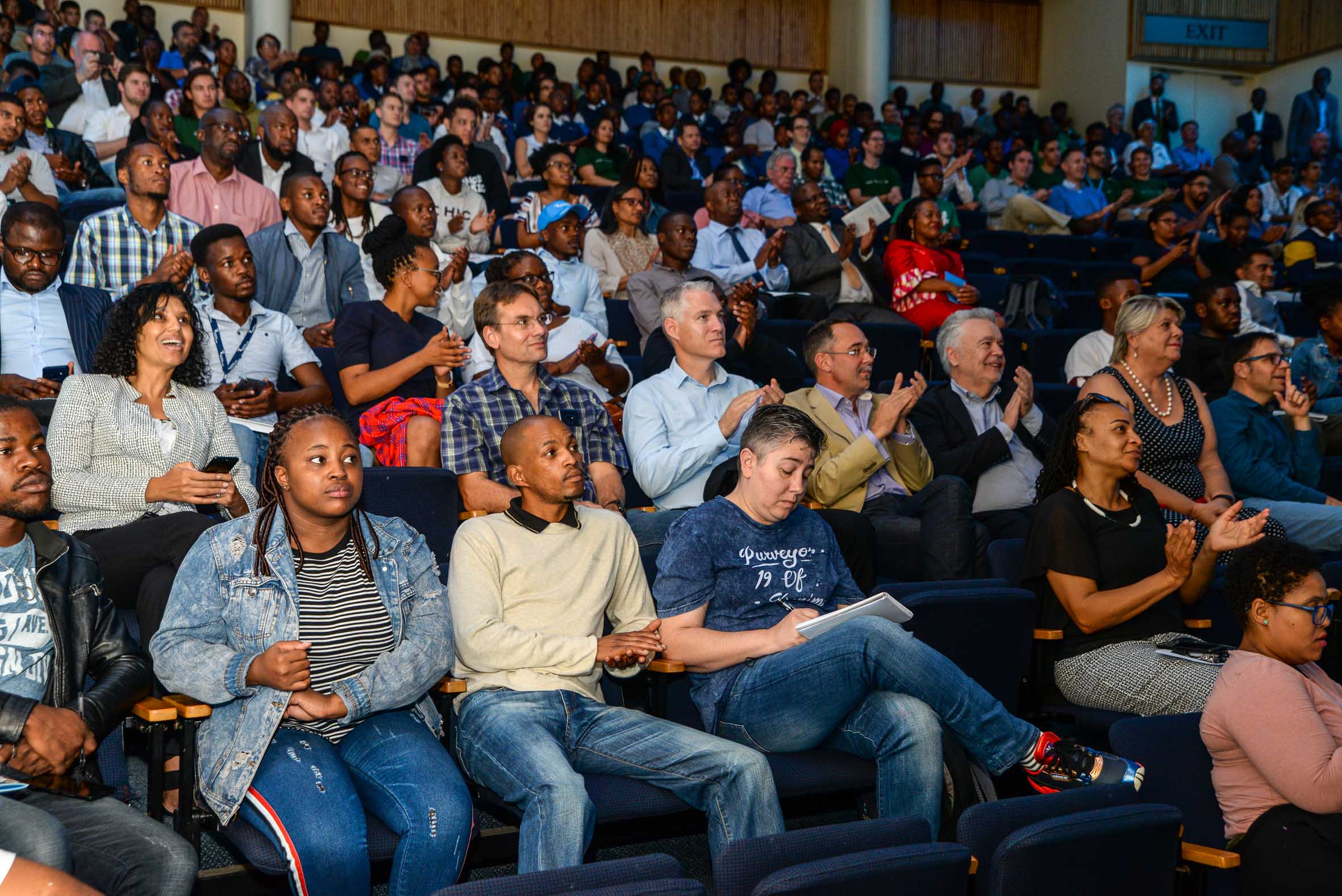 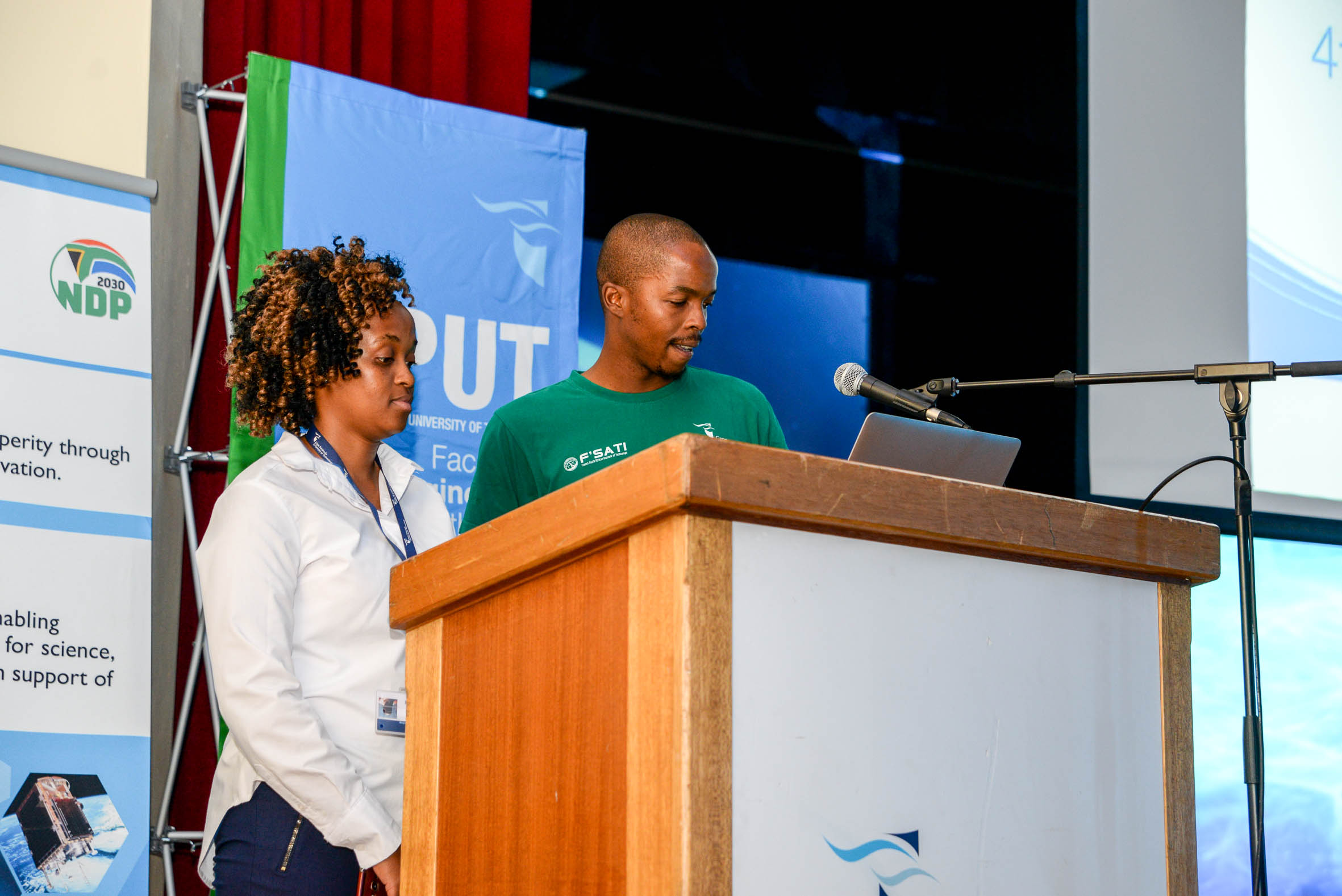 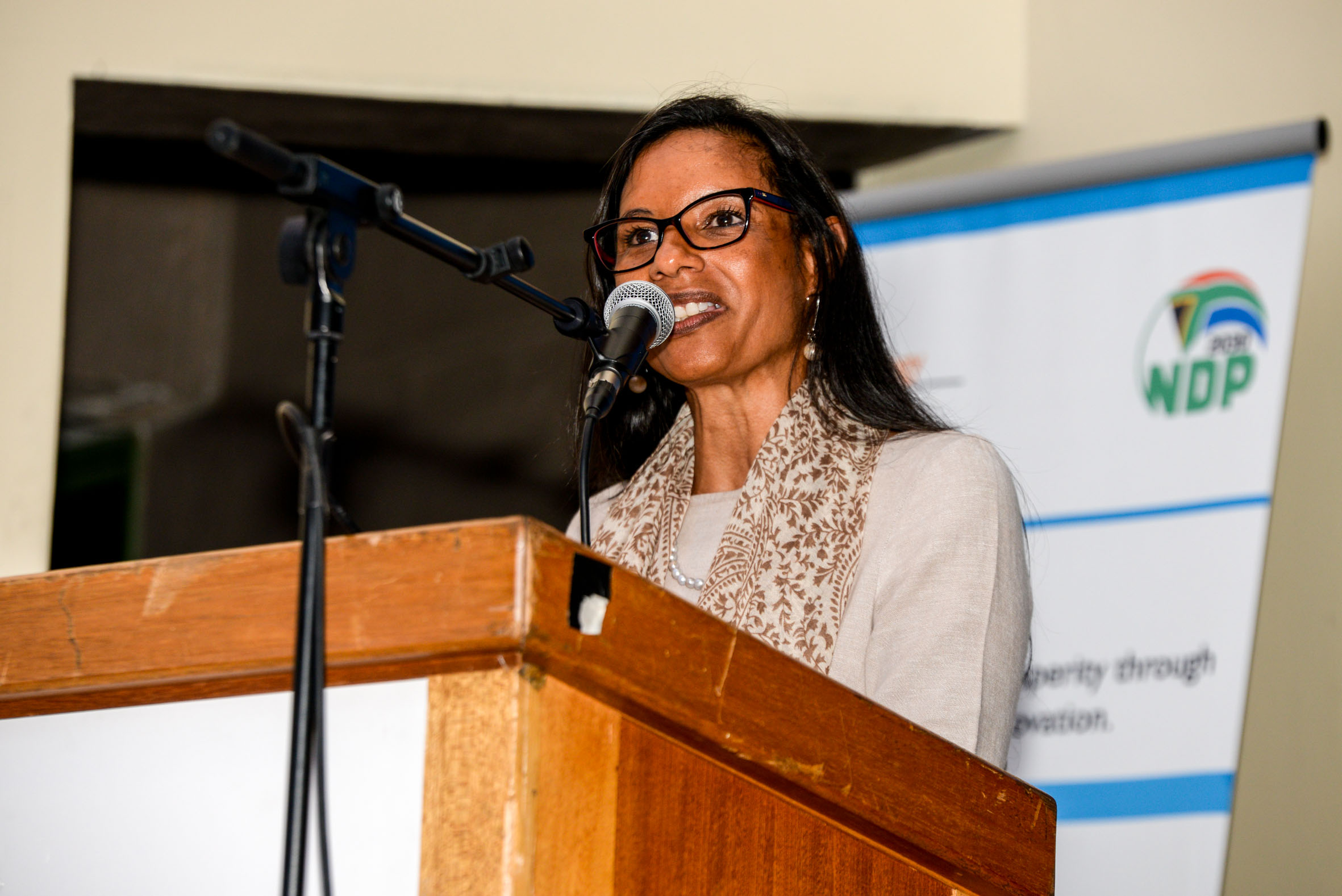 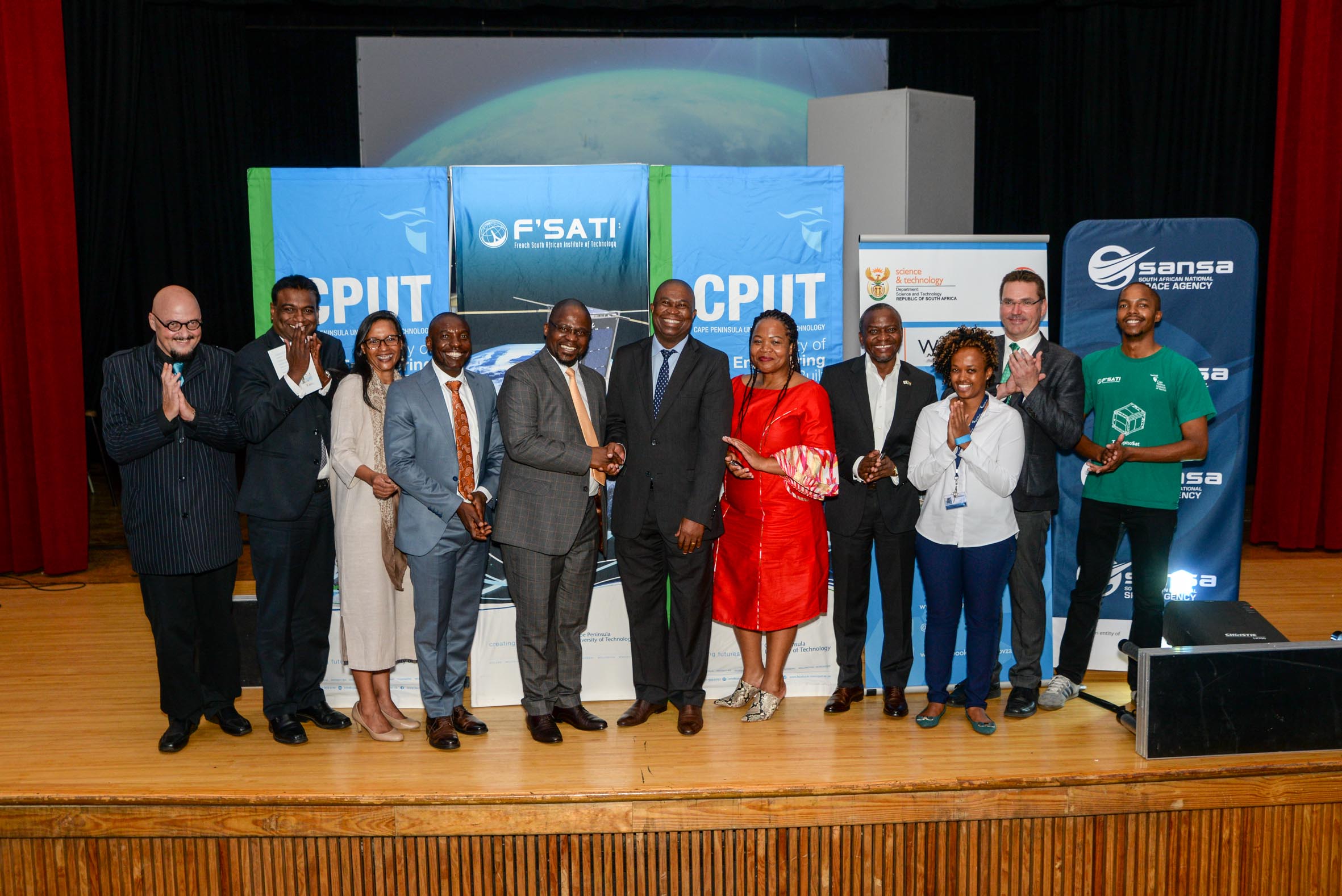 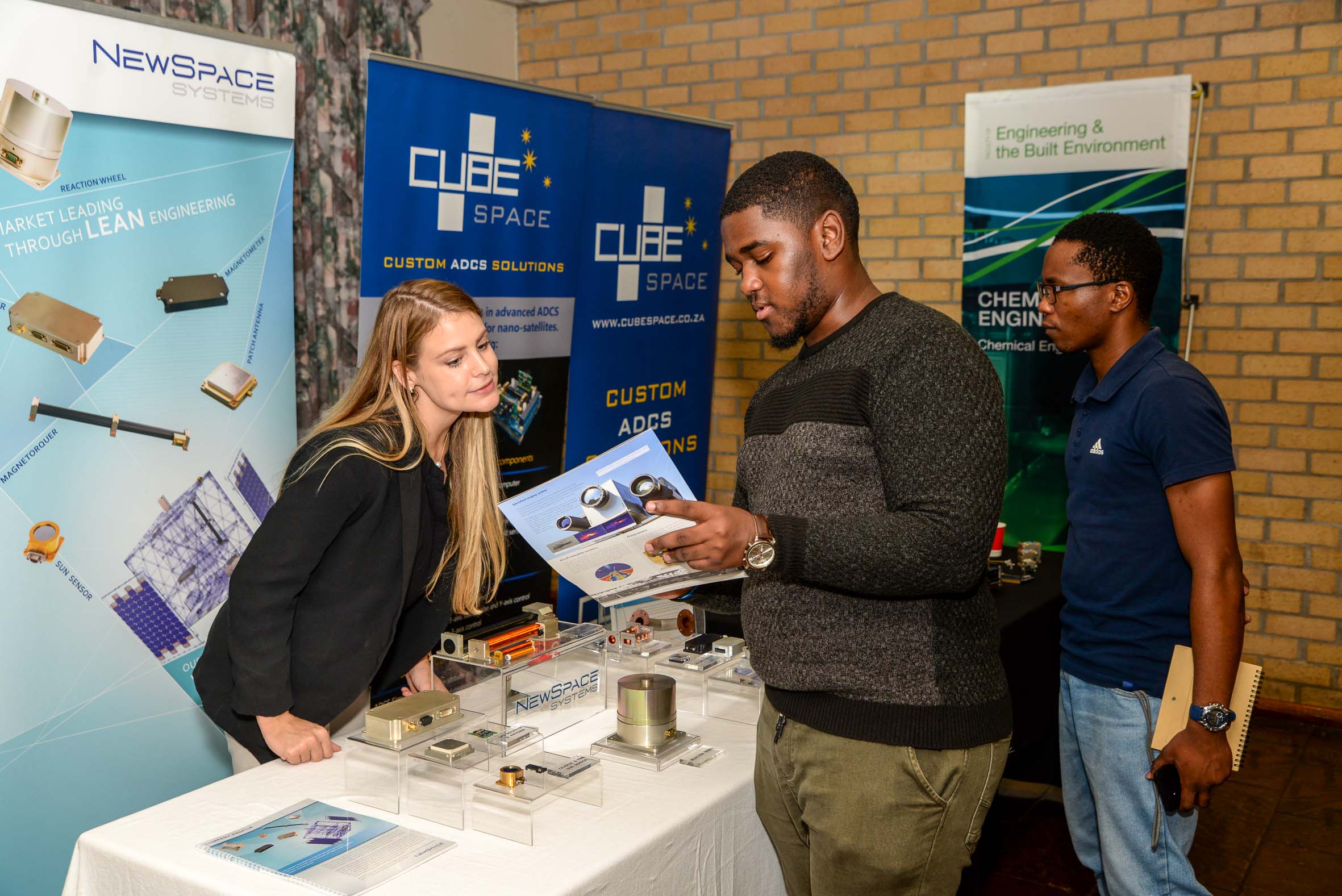 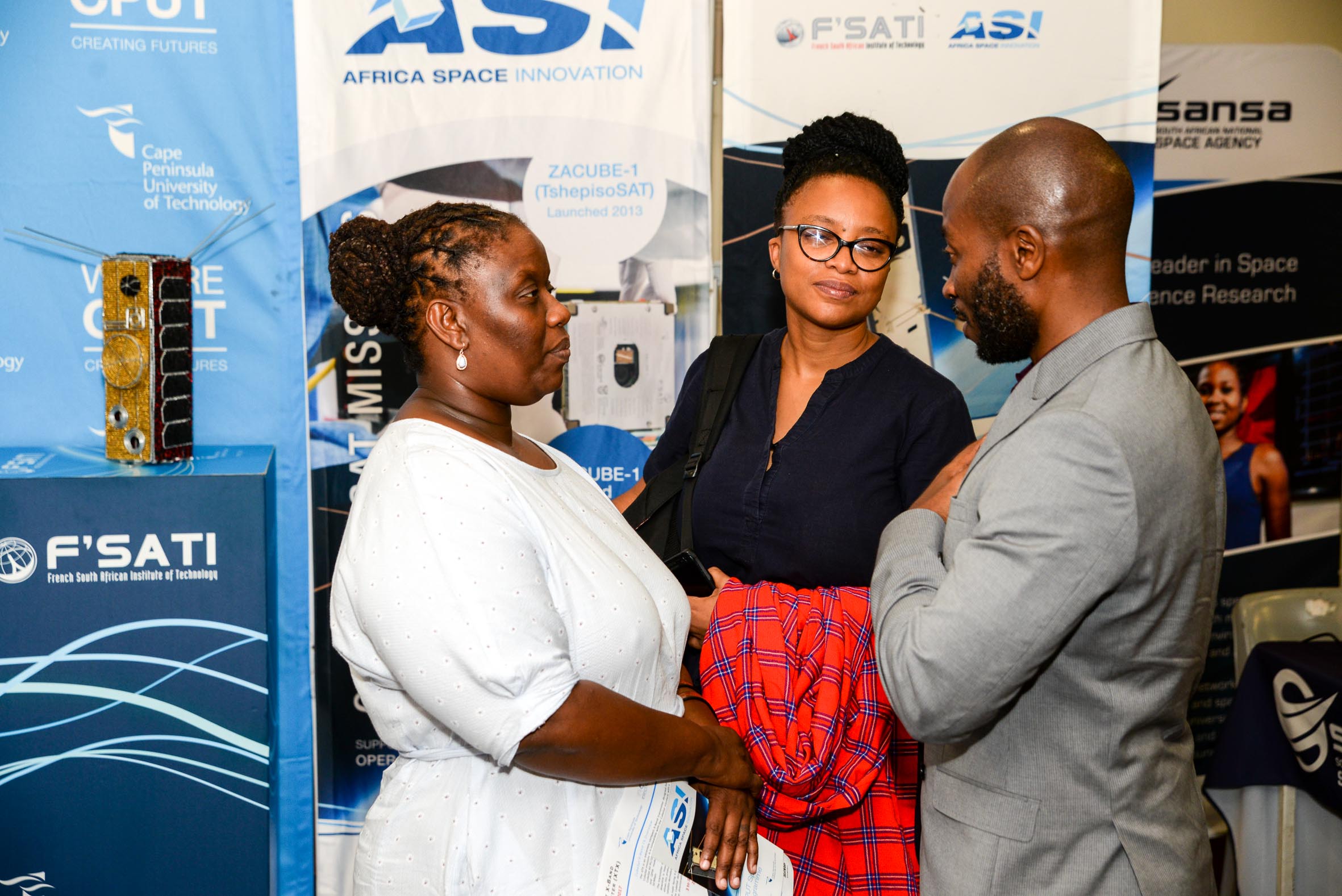 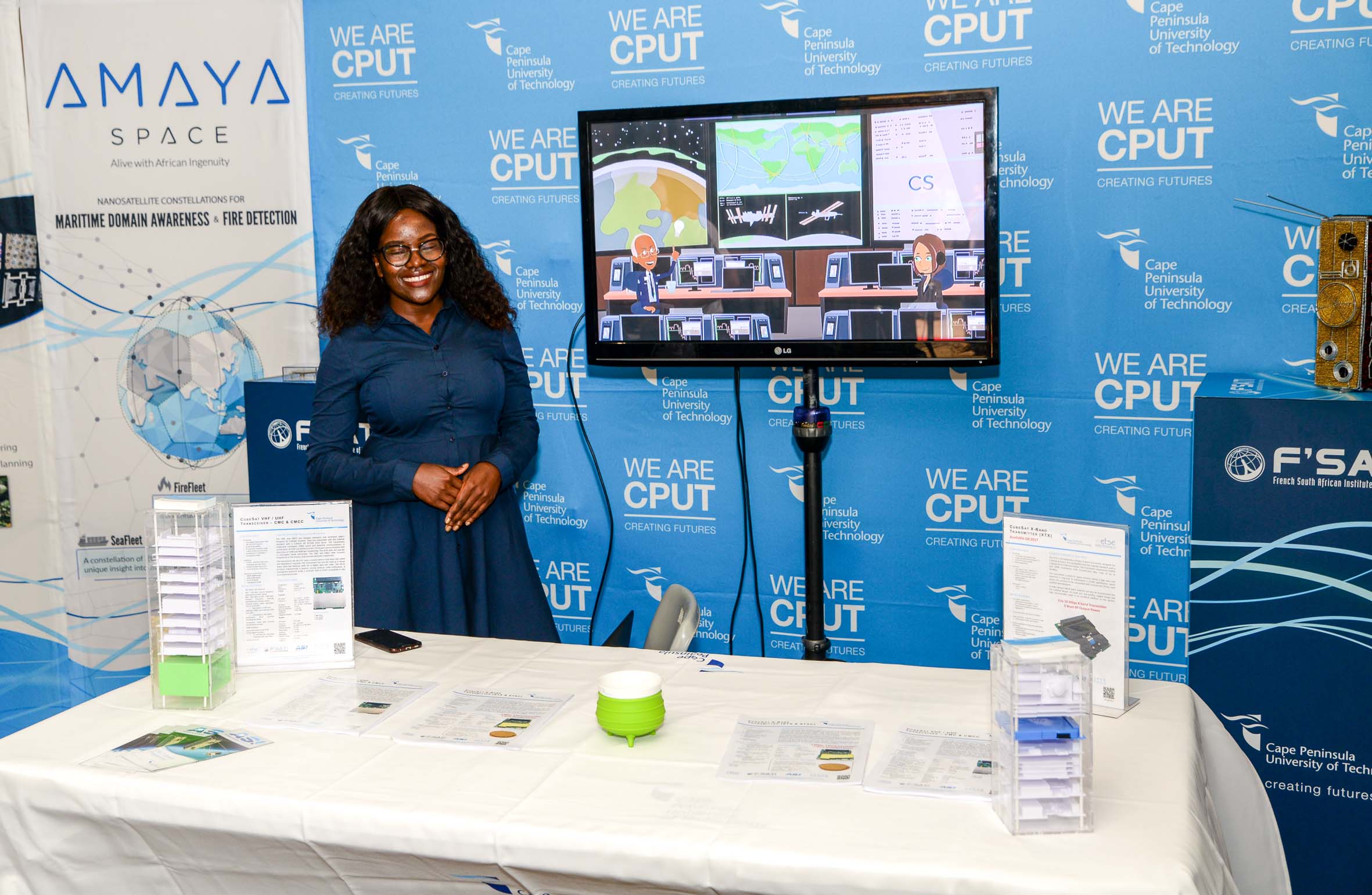 In December 2021, CPUT is set to launch the solitary South African pattern of three satellites for Maritime Domain Awareness (MDA).

The third satellite mission, at CPUT is dubbed MDASat-1 follows on ZACube-1’s (TshepisoSat) and ZACube-2’s fruitful innovations. The former head of the Africa Space Innovation Centre, as well as the local node of F’SATI, Prof Robert van Zyl had said the MDASat-1 will use Automatic Identification System (AIS) data to censor ship activities within South Africa’s Exclusive Economic Zone (EEZ). AIS is a radio mode used for the tracking of maritime traffic, primarily for collision avoidance. The location messages received by the satellites from ships in the ocean beneath is downloaded daily from the satellite when it passes over the ground station at CPUT.

Few months ago, the three flight models (FMs) of the MDASat-1 gathering attained the flight acceptance review (FAR) landmark. “The primary objective of the FAR is to confirm that the verification processes used during this mission demonstrated that the satellites are free of workmanship errors and are subsequently ready for operational use in space,” Van Zyl remarks. The FAR was attended by various stakeholders in the local space industry.

To reach this landmark, the MDASat-1 pattern had to go through several compilation, incorporation, and assessment stages. Firstly, the satellites had to be constructed in CPUT’s cleanroom resource by the mission engineers. A cleanroom is a room that has a controlled level of contaminants, such as dust and it is used to combine the satellite’s delicate subsystems.

Current pedaling of the MDASat-1 pattern was done in the thermal chamber at CPUT. Thermal cycling tests are executed to validate that the satellites can function within its planned temperature scale.

CPUT designed a custom booth which featured an interactive table which offered an experiment of a moving a ship on the interactive table and demonstrated a tracking service through the satellite and displayed the positions of the ships on the screen.

The purpose of the exhibition was to educate learners on the strategic importance of Space to South Africa. CPUT wanted to create an interactive educational experience that explained who was responsible for Space in South Africa, what CPUT had done in Space and why the University had done it what the Institution intended to do in Space in the future.

Have a look at the the interactive table booth CPUT has created below: 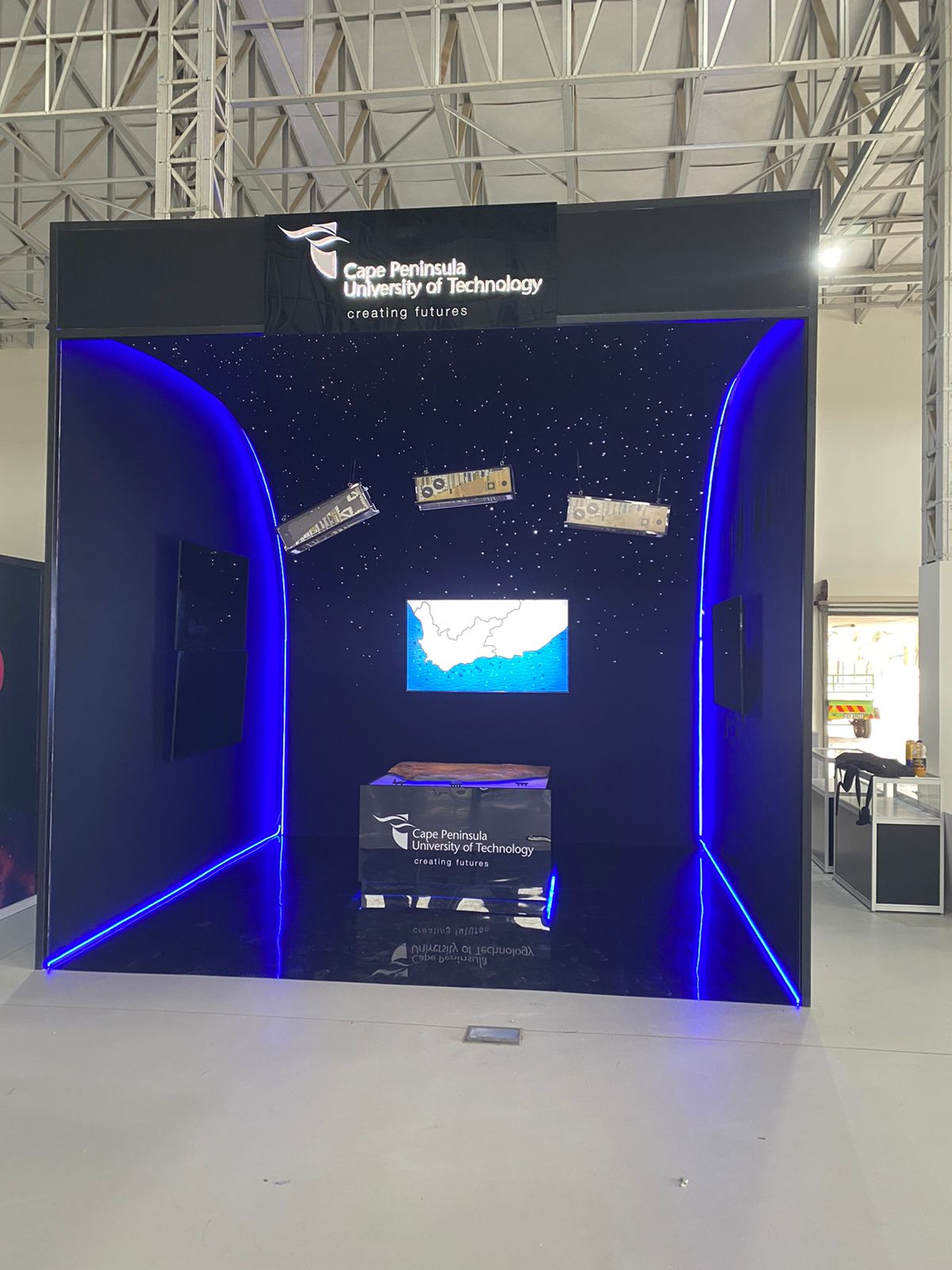 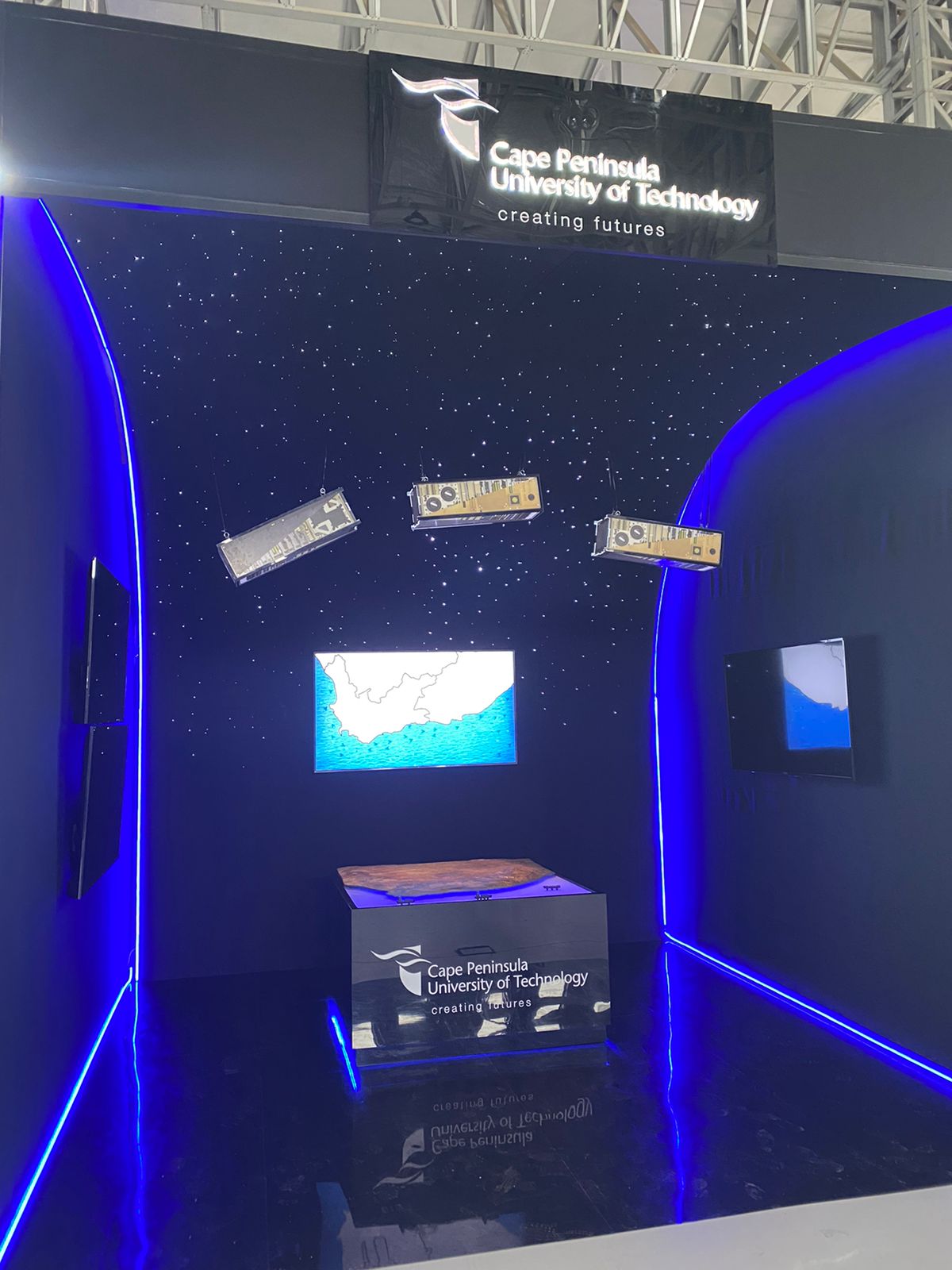 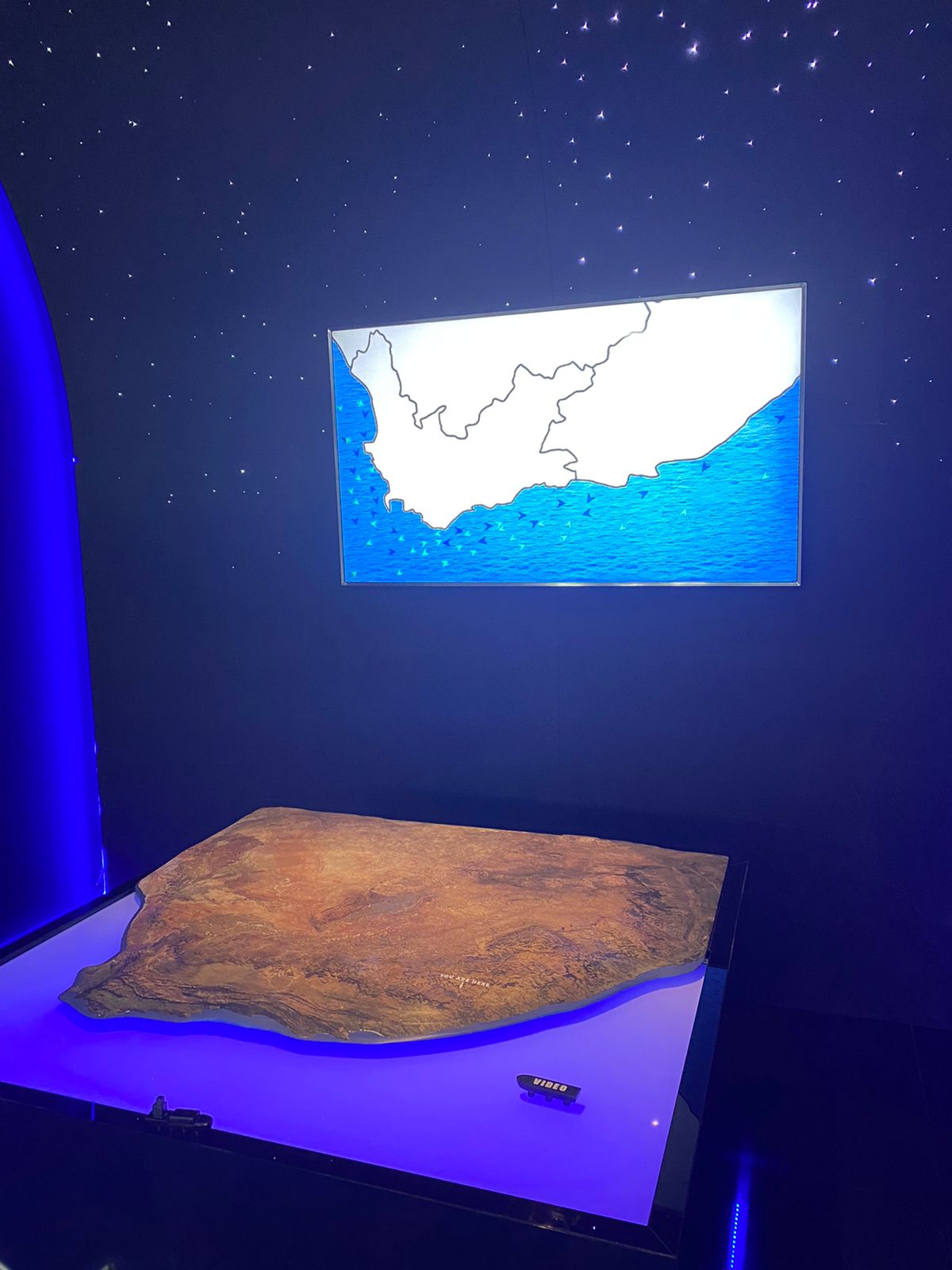 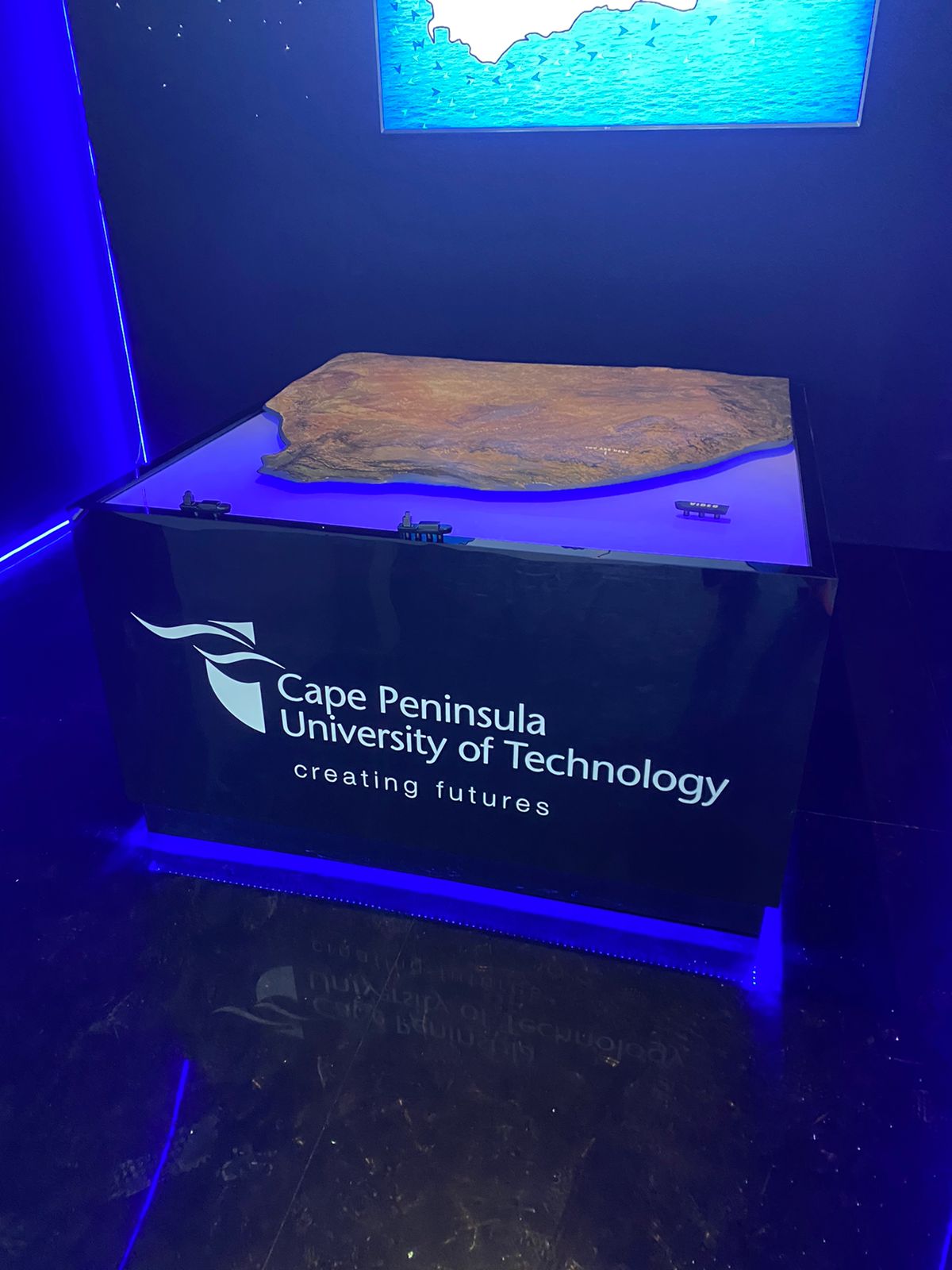 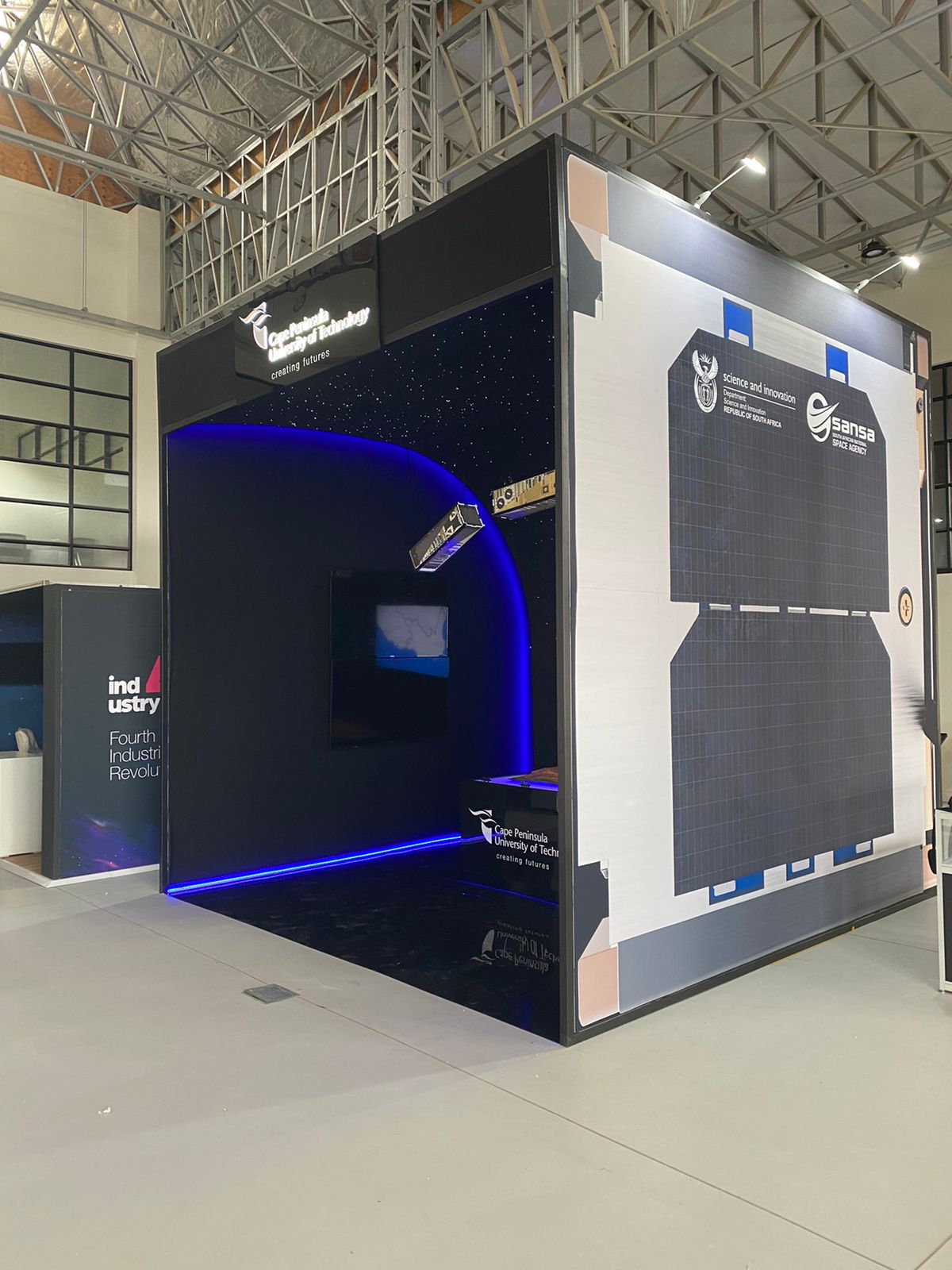 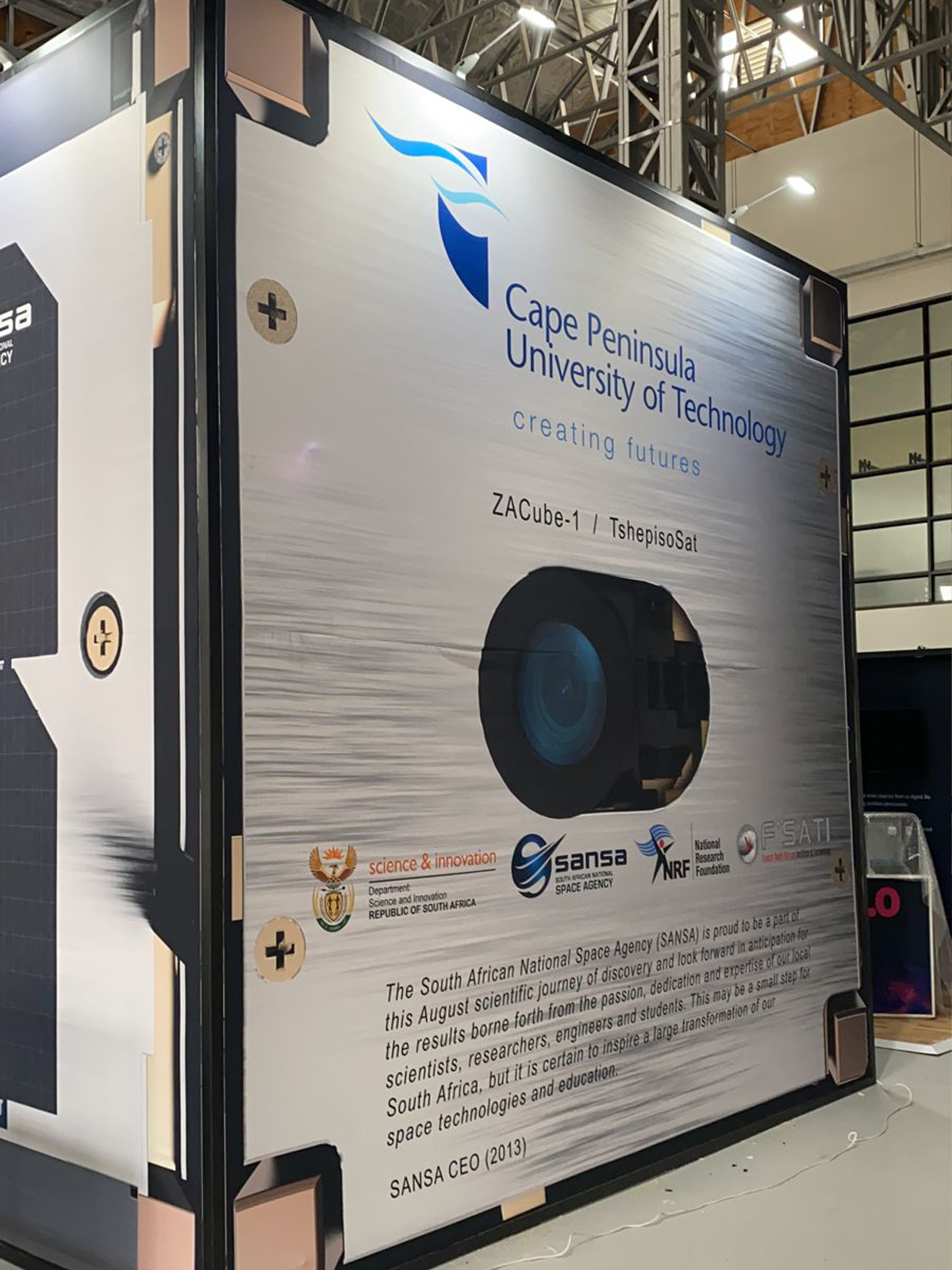